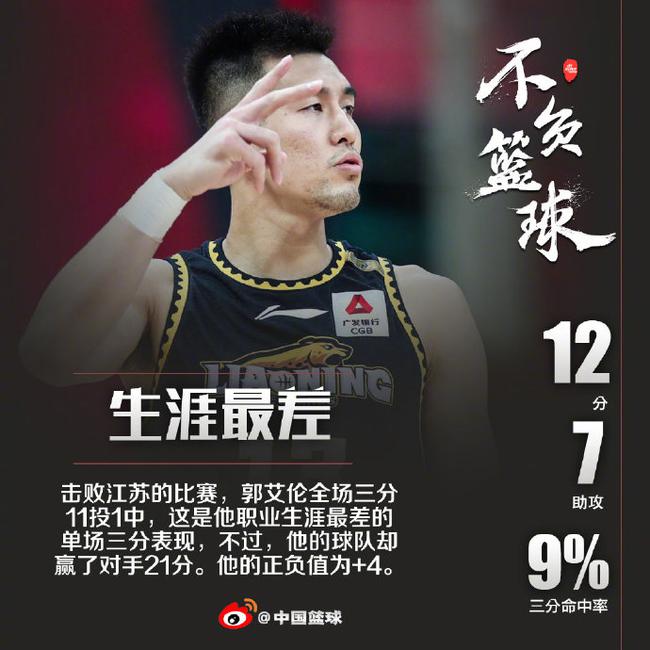 Beijing time on October 25th, in the fourth round of the CBA regular season, Liaoning defeated Jiangsu 107-86. Although Liaoning won the game by a big score, Guo Ailun was not happy in this game.

Guo Ailun played 28 minutes in this game, scored 12 points on 4 of 19 shots, and also had 5 rebounds and 7 assists. However, Guo Ailun went crazy from outside the three-point line, hitting 1 of 11 shots and shooting 9%, setting the worst single-game three-point performance in his career.

Liaoning finally beat Jiangsu by 21 points, but when Guo Ailun was on the court, Liaoning only won by 4 points. This performance is difficult to satisfy.

When the three-pointer feels cold, Guo Ailun did not choose to use other methods to improve the feel. Instead, he chose to shoot three-pointers many times, in exchange for hitting the iron again and again.

However, fortunately, Liaoning eventually won the game by a big score to get 4 consecutive victories, and 1 in 11 has only become an episode of the game.