Guangzhou Evergrande Taobao head coach Cannavaro said at the press conference after the match against Jiangsu Suning: "If we want to improve Chinese football, today's things are also a lesson." 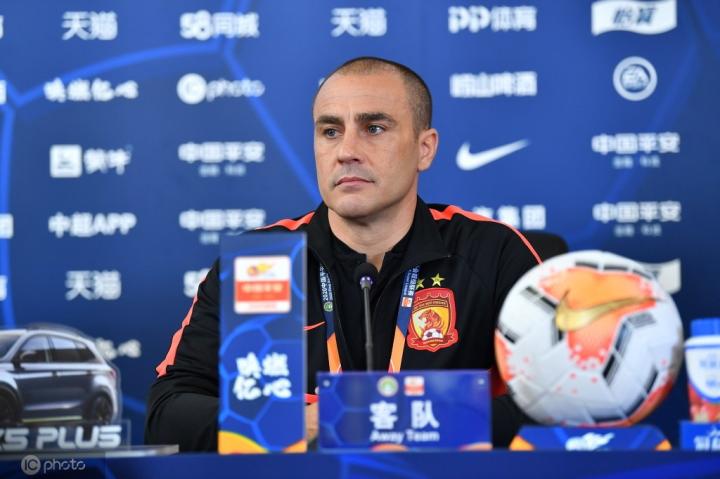 "Today this is not actually a game. It is difficult to sum up anything useful after the game. There are also weather reasons, venue conditions, etc."

"It was supposed to be a high-level confrontation, but due to the weather, the venue was unable to arrange technical and tactics. Especially in the first half, it was like a fight. It was also difficult for the players because of the venue and weather. Control your emotions and organize effective attacks."

"This is really no way. Our team members have tried their best, but the venue is really no way. It is difficult for us to organize an effective pass on such a venue. The first half of the game was similar to a swimming pool."

"In the first half, in general, I was still a bit uncomfortable. Because of concerns about the venue, I kept passing in the backcourt. Long passes were not our weapon or a common method, so the first half was very important to us. It’s hard work. On the contrary, they have an advantage over their opponents."

"In the end there are two or three days to end the first stage of the league. We still have to get ready for the game in these few days."

"Paulinho's state is that the more games he plays, the better he is. He is like this. Maybe the greater the density of the game, his physical advantage and the way he plays, especially in our team now, he helps us The way you play, the more you play, the better."

"The midfield substitution was effective. He Chao scored, and then after Deng Hanwen came on the field, our offensive from the right was beneficial and formed a threat to the opponent, including the protection of the central defender."

"Our motivation and combat effectiveness in this game are not as adequate as in Jiangsu. Because the opponent may still want to win the next game in order to open the gap in the standings. But we have completed the task of qualifying, so we are in this regard. There is some relaxation. Even so, I am very satisfied with the level of involvement of the players on the court."

"Not modestly speaking, we have been in control of the game throughout the second half."

"In general, the first half handed off, and the second half was very satisfied with the players' performance."

"Or, if we are thinking about how to improve Chinese football every day, then today is a good course. To improve football, we need the joint efforts of many aspects to really improve the level."