"Turn off! Turn off! Be sure to turn off! Don't turn off those online games, how can children have a bright future?"

In the past few days, when the bad reviewer is at work, there will always be a child's explosive sound around him. The main sentence is also a special rhythm, which echoes in his mind for a long time when lying in bed at night.

I checked it and found out that this magical voice came from here:

The main content of the video is that a pupil in yellow clothes and a ponytail is reading aloud this line:

This yellow girl is like an expressionless human-shaped trumpet, strongly outputting the values ​​thirty years behind the times.

Seeing such things in 2020, many game enthusiasts feel as if they were electrocuted by Yang Yongxin, feeling deeply absurd and offensive. 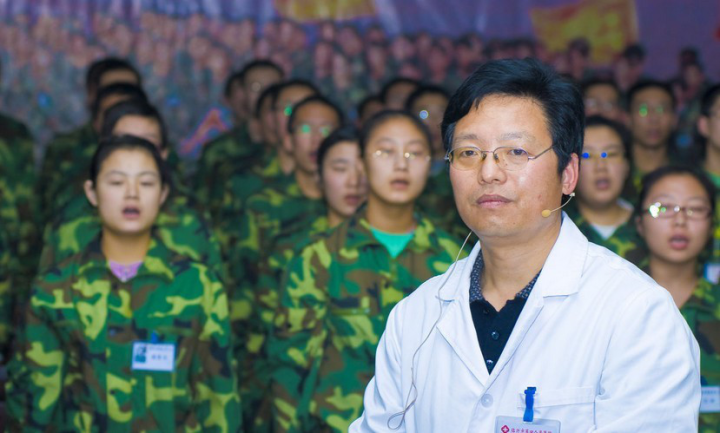 Everyone named this girl "Turn off sister", and the comments were full of netizens' ridicule and condemnation, because the content was too outrageous and the expression was too vigorous, and some people even suggested that she join the female Durban.

Because netizens generally think it looks like the Angry orange in that meme, many commentators asked her how she used the filter so superbly. . . 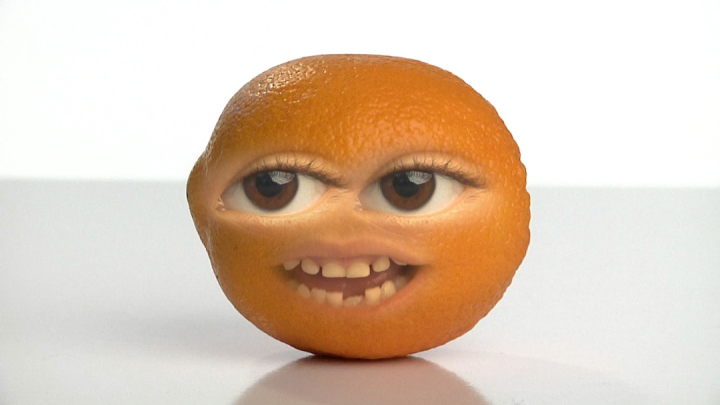 Soon, Shun Jie became the target of Internet celebrities on station B, as well as ghost authors. You can find her in every well-known ghost animal material.

She can be an ambassador to promote the 8848 titanium mobile phone: 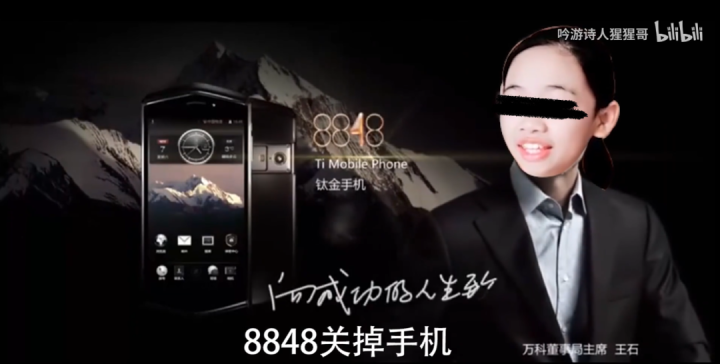 It can also be the protagonist of O Bubble Fruit Milk Commercial: 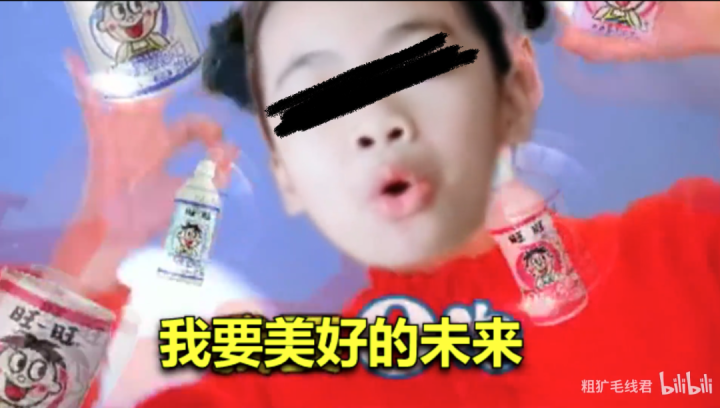 He also became the African brother in the coffin of the black man: 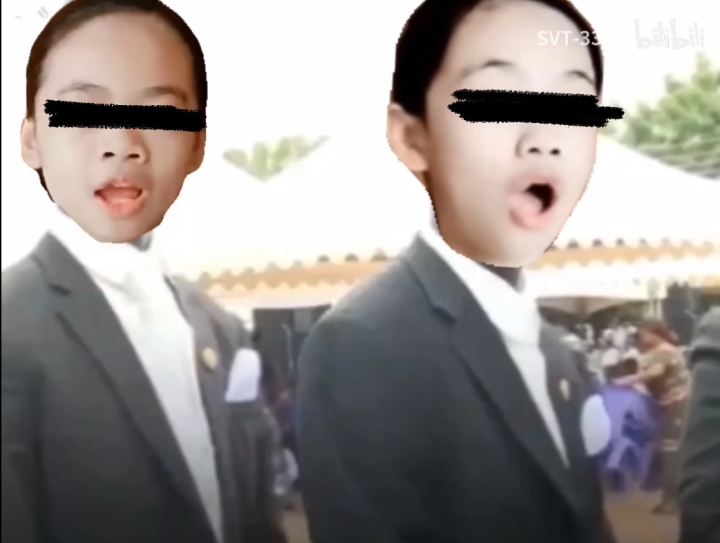 Even Internet geniuses can guess the existence of Shutdown: 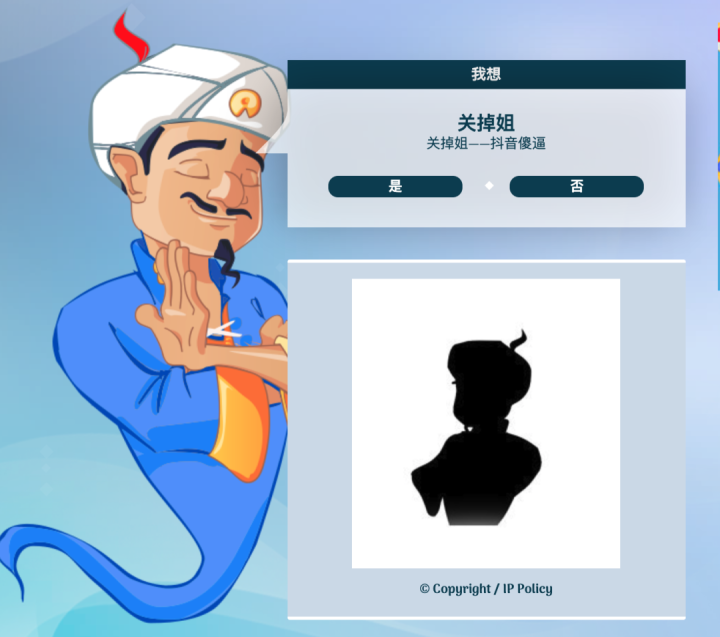 Because the cognition of online games is too simple and rude, and the way of speaking is too brainwashed and annoying. For a while, turning off sister became the most notorious existence on the Internet. Netizens also expressed their dissatisfaction and anger. They are all pouring on Shutdown sister.

The Internet’s evaluation of Shun Jie is as shown in the results of the Internet genius, which is highly condensed into four words: "

Although the bad reviewer was very confused when she first saw the video, after I carefully checked and turned off my sister's Douyin account, I felt that she was really pitiful.

Why do you say that? Because the account that posted the video of closing sister is called "Miaoer Reading Notes", it is obviously that her family is operating. 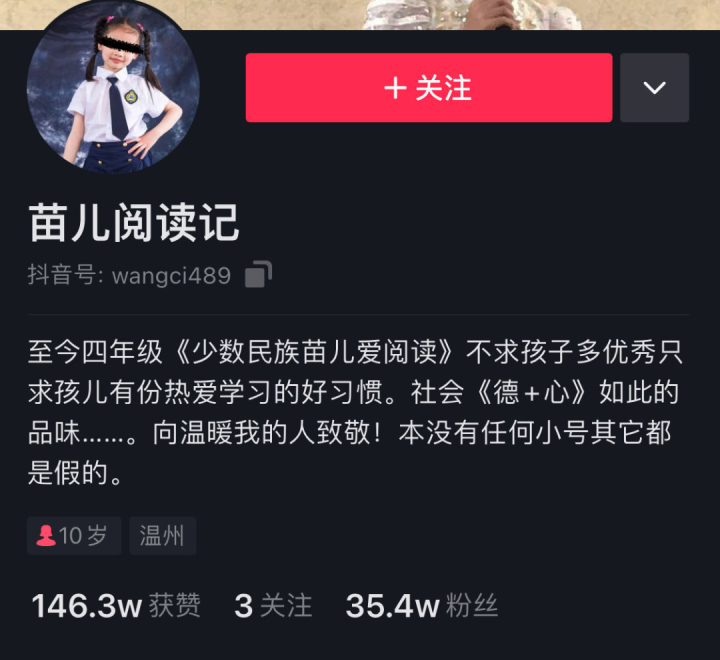 Perhaps to attract likes and comments, her parents did not choose to share their opinions by themselves, but wrote a good line, just like performing a show in front of relatives during the Chinese New Year, and asked Guan Guan to recite them to the camera.

Her parents had a radical attitude towards online games, so we saw the magic video of "Turn it off!"

Her parents believed that life should be struggling, so she turned off her sister and said to the camera "

Her parents wanted to talk about independence, so they turned off the sister and said "

The fourth grader turned off sister, the world outlook and values ​​are still immature, maybe they have no idea about the so-called starting point and pursuit of life, just like a ruthless reading machine, saying some provocative and controversial remarks.

After turning off my sister and becoming a target of online violence, this Douyin account flooded with a large number of netizens, but her parents seemed very aggrieved. They responded in the comment area, saying that her family is very poor and just want to express her own feelings. view: 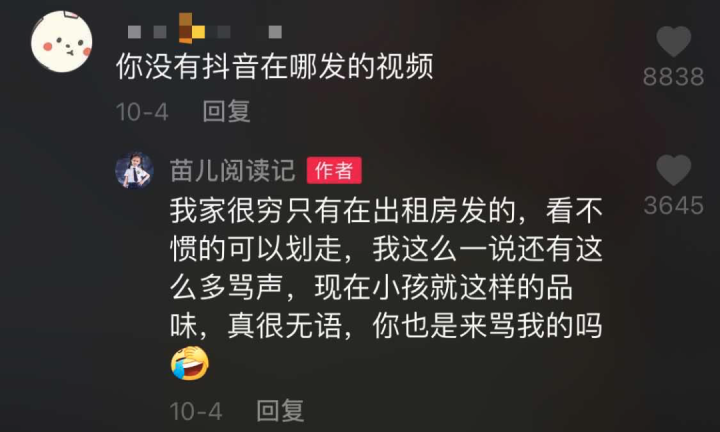 But what is confusing is that in the face of the overwhelming scolding, spoofs, and demonization of their daughters by netizens, normal people will choose to delete the video and put it on the top, for fear that others will not find it. . . .

What is even more incomprehensible is that in order to refute the idea of ​​turning off the game, many netizens questioned in the comment section: Why not turn off the adult mahjong hall?

As a result, Miao'er's reading notes immediately published one 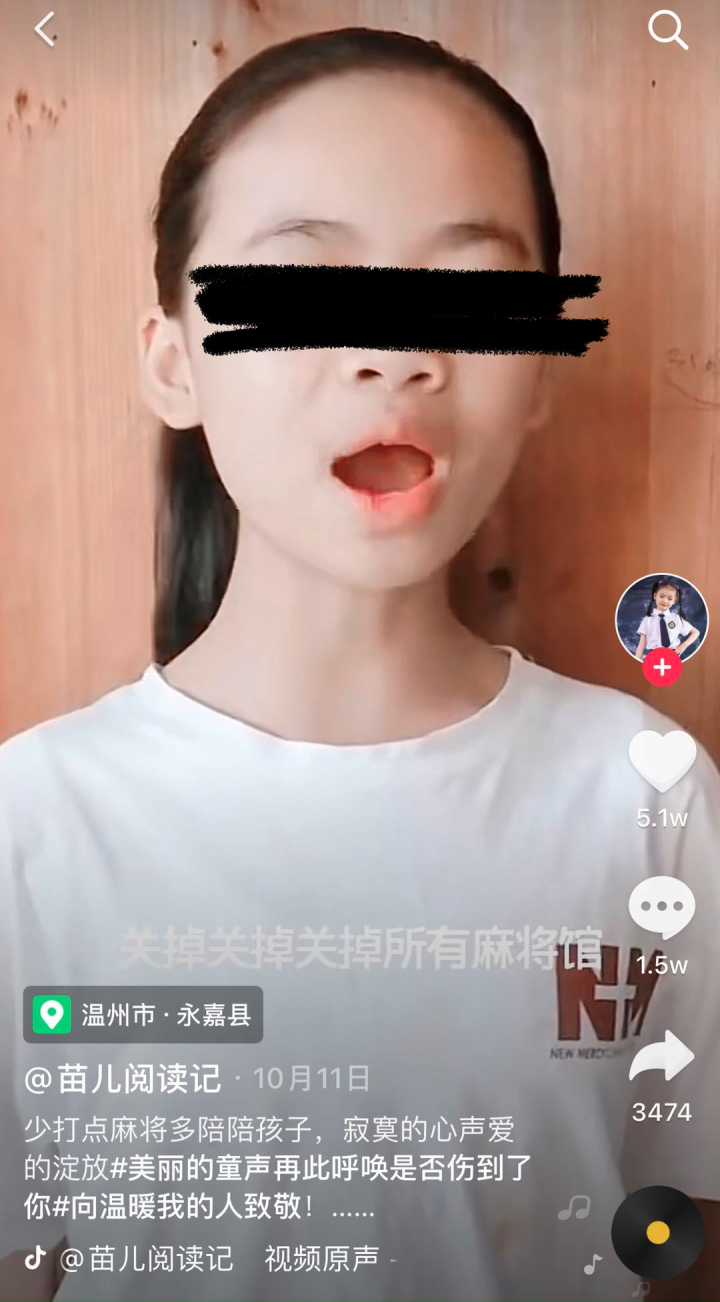 Good guy, Ning has caught up with the hot spot?

On Douyin, many parent-child accounts have been active, sharing some parenting stories, or cute moments of their own children. This type of account is often clearly positioned and has a vertical audience, and is especially popular with new parents who are not experienced.

But many parents obviously don’t have the ability to make videos and want to satisfy their own desires.

The parents who turned off sister wanted to satisfy their own purpose of spreading enlightenment and made her a kidnapped repeater.

In 19 years, there was a genius child in Taiwan, Xi Xi, who was only 4 years old. He stood on stage and taught a group of adults about success. He became popular: Some people may think that this is an age of curiosity, what's wrong with it?

But the bad reviewer thinks this is very unfair. Brother Giao can be curious, and the old man can be curious, because they are adults who directly enjoy the benefits of their own practices and have to bear the subsequent consequences.

And for children like Turning Off Sister and Page, who are in order to satisfy their parents’ desire for enlightenment, praise, and attention, the proceeds of their videos have entered the pockets of their parents——

But when they look back when they grow up, those likes and traffic have long been worthless, and those spoof videos, verbal abuse and even diseases may become unbearable weights in their lives.