Chelsea coach Frank Lampard talked about the future of Odoi and Rüdiger in the team in an interview. He said that everything remains to be seen before the transfer window closes. 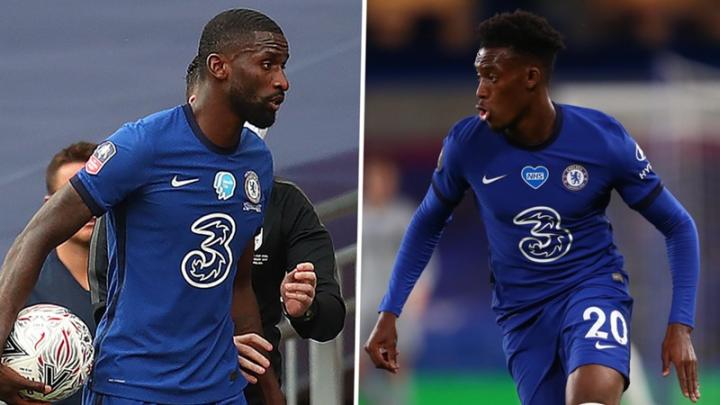 Speaking of the transfer rumors of these two players, Lampard said: "It remains to be seen before the transfer window closes. Our current transfer market is not like in recent years in terms of player transfer methods and transfer levels. That. The fierce game has just begun. In the next few weeks, I will be happy to communicate with the players. My first task is to ensure that I can maintain the strongest lineup for the team. Of course, I will Communicate with players personally. I will try to ensure that after the transfer window closes, the team’s lineup is healthy and competitive. I have to make decisions, the team has to make decisions, and the players themselves have to make decisions."

"This is the current situation. I want the team to have a healthy competitive environment, not that there are too many players who can't play regular games and feel like I've been eliminated and don't get the playing time they want."

Speaking of Odoi, Lampard said: "At present, both Pulisic and Ziyech are injured. A few days ago we let Werner play the wing, but now the pure winger in the team is Odoi. We know that judging from the competitiveness of the Premier League and the number of games we will play, we need players to compete in these positions, the team needs reserve forces in these positions, and the players need to compete to win positions for themselves."

"This is the situation Odoi is in, and that's why I keep saying that he needs training, he needs to show his desire in daily training. He will play tomorrow against Barnsley. He must In every minute of the game, he showed his strength, whether with or without the ball, he wanted to show what he could do for the team. Because of his talent, he had a breakthrough early in his career, and later he Affected by injuries, now I hope to see him break out again."