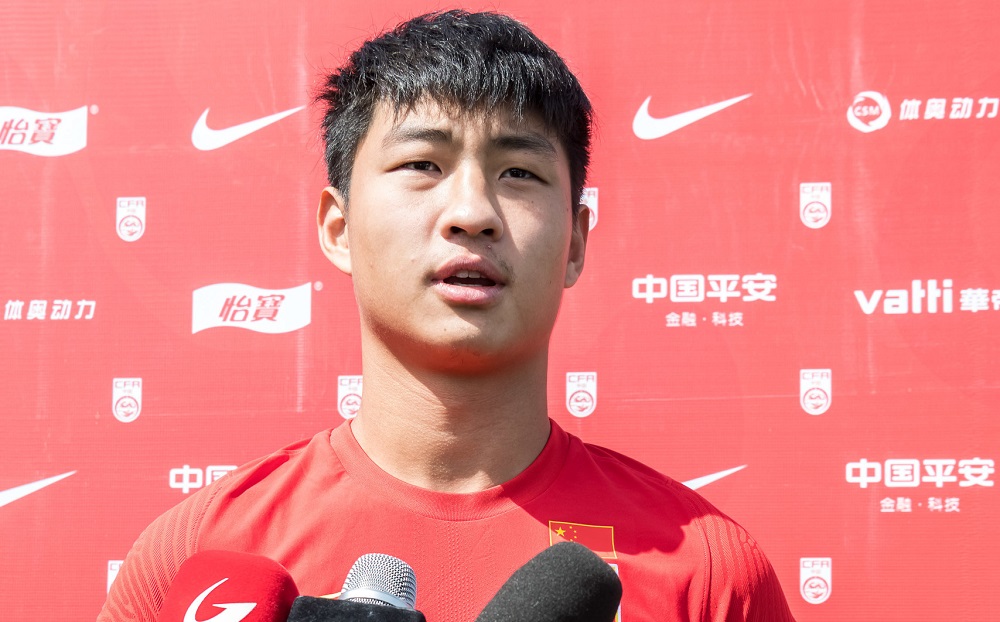 Tiger Fighting News on October 6 Today, the national football training camp continues in Shanghai. Guo Tianyu said in an interview that compared with other strikers, he has no other characteristics besides being a little better.

First of all, I feel honored to be selected for the national team for the first time in my career, and I hope to have the opportunity to represent the national team. After coming to the national team, I feel that the whole atmosphere is better. Everyone is very good in terms of technique and ability, and they are definitely higher than the club level in all aspects. I can learn a lot here.

Of course, after all, the training has only lasted two days, and there are not many other feelings. After the training is all over, there may be a clearer feeling.

After all, I have been in contact with Director Li for a year in Wuhan last year. Relatively speaking, I have a better understanding of his technical and tactical ideas and requirements. At this stage, the most important thing about participating in the national team training is to get in touch with the big brothers in the team and increase mutual understanding.

In fact, as far as I am concerned, I don't think I have any outstanding characteristics, that is, my health is better. I think I should take my time. There is still time and room for further improvement to compete with others.

Judging from the current situation, the competition among the various positions of the national team is still relatively fierce. I think competition is definitely good. There must be healthy competition in order for people to have a better attitude and development, and to play a more active role in the team. Including the current frontline, the same is true. No matter where you are, competition is always a good thing.

I think the current stage is to do a good job of preparing for the pre-match, get the state and mode in good condition, and then strive to give everyone a perfect game and strive for the best result.

(Edit: Give everyone an early greeting)