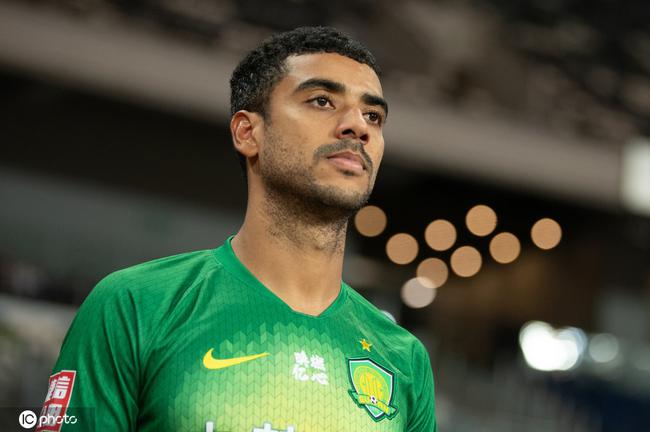 With the end of the first stage of the 2020 Chinese Super League and the first round of the Chinese Super League and the Football Association Cup, head coach Li Tie officially delineated the latest training list of the National Football Team, including naturalized players Jiang Guangtai, Fernando and Dalian full-back Tong Lei A total of 28 players were selected for the newcomer and the returning goalkeeper Zeng Cheng. Although the second half of the top 40 competition will start in March next year at the earliest, it is clear that Li Tie cherishes the short training he "squeezed" out of this period. He hopes to polish a set that will meet the competition of the top 40 world preliminaries as soon as possible. The required strong array.

Compared with the first three training sessions of this year, Li Tie has made certain adjustments to the personnel participating in this training session. This is because in this extraordinary Chinese Super League season, the players have played in the league due to differences in preparation and physical conditions. Show a different state. Some newcomers have withstood the test in the compact Chinese Super League, and also impressed the national football coaching staff. Among these newcomers, Tong Lei from Dalian is particularly eye-catching. In the Chinese Super League where foreign aid continues to dominate this season, Tong Lei, who can go left and right, and spare the physical effort, has contributed 3 assists as a full-back. Apart from Yang Liyu, Tong Lei is the top local player on the assist list. , His selection can be described as popular.

21-year-old high center forward Guo Tianyu is another newcomer selected. In the talented Luneng team, it is not easy for a local young player to get a certain amount of playing time. In addition, Guo Tianyu also handed over a high-quality data of 13 appearances, 2 starts, and 2 goals in the first stage of the Chinese Super League just concluded. His header advantage and the tireless attitude of "grabbing" opponents on the court also left a good impression on Li Tie.

In fact, there is another important reason why this national football training camp is worthy of attention, that is, as FIFA passed on September 18th the amendments on player change of membership and international qualification requirements, there are more naturalized players or candidates for naturalization. Players are expected to qualify for the Chinese team. In addition, some Chinese Super League club players who have completed the naturalization procedures are also waiting for the national football call. So, what choice did Li Tie make in the end?

From the list of information, there will be 4 naturalized players participating in this Shanghai training camp. In addition to the old faces Exon and Li Ke, the central defender Jiang Guangtai from Guangzhou Evergrande and the fast-paced Fernando from the attack line were selected for the first time. The highlight performance of the two in the league is obvious to all, and they are expected to contribute to the national football's defense and offensive ends.

Judging from the roster, Li Tie pays special attention to the stability of the team's organization while paying attention to the competitive state of the players in the league. In addition to personal ability, player experience is also an important basis for Li Tie's draft. For example, the 33-year-old Shenhua goalkeeper Zeng Cheng regained his national team call by virtue of his stable performance in this year's league. Although at present, SIPG goalkeeper Yan Junling is still the best candidate for the main goalkeeper of the Qatar World Cup, but for a team to impact the competition, the reserves of each front and even each specific position must be abundant. Li Tie has repeatedly emphasized in the previous training sessions that he will look for about 3 suitable candidates for each position. So specific to the goalkeeper position, in addition to Yan Junling, the team also needs a reassuring candidate goalkeeper. Zeng Cheng, who accumulated rich experience in international competitions and helped Evergrande win the title of the Chinese Super League and the AFC Champions League during Lippi's coaching era is undoubtedly worthy of Li Tie's trust.

The former Olympic team's main center Zhang Yuning from Beijing Zhonghe Guoan Club was also selected for the first time under Li Tie's national football team. Zhang Yuning can be described as the "young old player" of the national football team. Prior to this, he was injured or affected by factors such as the National Olympics team. However, for his personal ability and attitude, whether it is the former national football coach Lippi, the former National Olympic team executive coach Hao Wei, or the current national football coach Li Tie, they are fully recognized. In addition to comprehensive shooting skills, Zhang Yuning's running support ability in the frontcourt is also very prominent among local players of the same type. For example, in the 14th round of the Super League, he dedicated 2 assists.

In addition to the above-mentioned newcomers and returning veterans, the vast majority of players selected for the current national football training squad are old faces who have participated in the previous three training sessions. For example, captain Hao Junmin, veteran Dabao, midfielder Wu Xi and left back Jiang Zhipeng, etc. According to the plan, the national football team will begin to concentrate in Shanghai on October 4, and then end the training session on the 9th.

By Xiao Nan, a reporter of our newspaper, Co ordinating with Wang Haozhou