The sports judge's decision came out: Lazio striker Immobile, who was expelled from the field by a red card during the match against Inter Milan, was punished with a disqualification of the game and a fine of 10,000 euros. 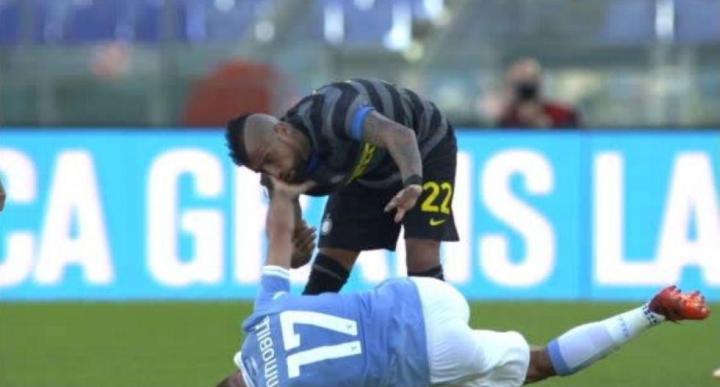 Immobile will miss the fourth round of the Serie A match with Sampdoria, and he will be able to make a comeback in the fifth round with Bologna. The reason for disqualification was "serious violation of sportsmanship. He waved up from the ground and hit Vidal in the face."