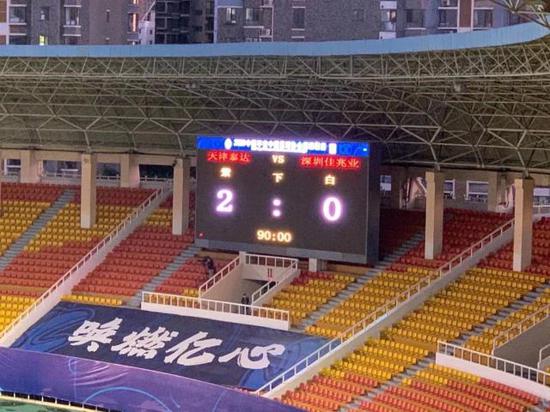 Throughout the intermittent period, Wang Baoshan has been simmering in preparation for a big move, which is to change the five guards. Obviously, Xiaoke didn't expect TEDA to do this. There were three central defenders in the penalty area, two full-backs paid attention to the loopholes, and the midfielders made up for it like crazy. In the whole game, Preciado and Gao Lin did not get a good shot at all. TEDA has not conceded a ball for the first time this season, which is more pleasing than Achim Peng finally kicked his head.

The day before TEDA set off for Jinan, it was Suarez's first training session and attracted dozens of fans. If there were deep enough intelligence personnel to conduct investigations that day, Wang Baoshan's conspiracy might be bankrupt in advance. In the offensive and defensive drills, he allowed the main players to line up this 451 formation, in which the positions of the three central defenders, Jiang Shenglong, Bass and Song Yue, were very conspicuous. Before at Jianye, Wang Baoshan made the five guards play well, but in TEDA, the five guards were a nightmare. When Stillik coached, the team also played a five-back formation, but the record was quite dismal. It seems that the defensive line only adds a central defender, but it needs more tacit understanding to function well. Can TEDA handle it this time?

"Wang Baochang" told the truth after the game, "The time for formation training is a bit short, and there is still some anxiety in my heart, but the players are performing well in tactics." The three central defenders actually have their own problems, and they cannot be taken out alone Give people too much sense of security. But in this game, the three players did not leak, which is the premise that the team can win. In the whole game, apart from Li Yuanyi's shot that was too positive, the deep-foot attack did not create too much threat. TEDA has conducted in-depth research on deep football before. Domestic players are indeed very strong, but too much offense relies on the improvisation of forwards and there is no well-formed coordination routine. This game once again confirmed this judgment.

The change is Wang Baoshan’s conspiracy, what about Yangmou? Suarez joined the team on the first day, he let the Brazilian appear on the main side, this game is the first appearance. Both TEDA and Shenzu know that Suarez is the key to attack. Although the Brazilian striker missed the goal in this game, his wonderful pass after the opening was a masterpiece. Yangmou has no answer if it is broken. Suarez is Wang Baoshan's Yangmou. According to the words of Teacher Yu Qian, it is really good.

After the first stage, Achim Peng was very self-blaming and depressed. As a foreign aid, he bravely accepted the captain's armband, his sense of responsibility is evident. But after 14 games in the first stage, the motorcycle was powered off, and even a penalty kick could not be scored. This feeling once bothered him.

Then how did Wang Baoshan adjust the mentality of Achim Peng? In the last training session before leaving Tianjin, Wang Baoshan arranged a penalty kick. He didn't say anything, the whole team knew who the training was for. When Achim Peng stepped forward to take the penalty, Wang Baoshan, as the referee, used a variety of small moves. One time he pointed out that his ball was placed incorrectly, and another time he pointed out that he must listen to his whistle. Achim Peng withstood the interference, and when the ball flew into the net, he exhaled vigorously, as if swept away the depression in his chest.

In this game, Achim Peng completely recovered that kind of relaxation. For the goal in the opening 3 minutes, Guowei prepared in accordance with the save, but Achim Peng did not run at full speed. The ball was too close to Guowei and he could only use his legs to block. By mistake, Achim Peng was so arrogant, not so much God's will, it is better to say that his relaxed mentality brought goals. On the field, Suarez activated Achim Peng's play. Outside the arena, Wang Baoshan saved Achim Peng's mentality. At the age of 27, Achim Peng gave himself a big gift. He was the first foreign player in TEDA history to score goals for four consecutive seasons. This is a respectable record.

Have you discovered a detail? After Achim Peng scored a goal, his hands gestured in the shape of a heart. Two goals, he especially wants to give to everyone who cares about him. After the previous match with Zall, the scene where the teammates consoled Achim Peng finally showed that TEDA became a whole. This time, Achim Peng's celebration action shows that the team's cohesion is improving.

It is clear that everyone wants to see the celebration photos of TEDA's locker room after the game, but the team has feedback that they will not be photographed until the next game is promoted. I am not in this mood now, because the game is not over. After the game, Wang Baoshan called the team to the side of the court. The whole team stood together with his hands on the shoulders of his teammates. Seeing such a scene, this team is finally reassuring.