The lively and lovely young lady in the photo is Zhang Zhaodi, a graduate student in the football specialty of the Physical Education College of Central China Normal University. At a young age, she is already a football coach, referee and founder and captain of an amateur women's football team. Speaking of her story with football, Zhang Zhaodi's favorite sentence is "Football is destined". Whether it is between football and her, or between her and her friends on the field, there is a wonderful story that arises from the cause. Zhang Zhaodi passed the college entrance examination and passed the physical education major of Jinggangshan University. In the first year of enrollment, Zhang Zhaodi caught up with the school to prepare for the establishment of a women's football team, and the Sports College organized training for the students. For some reason, Zhang Zhaodi was attracted by this "world's No. 1 sport" and gradually became interested, which affected her subsequent special selection. After entering the junior year, Zhang Zhaodi, who chose football, began a year of football training. Morning training started at 6:30 in the morning every day of the week to exercise basic skills. In addition to three classes a week, one and a half hours of practice will be added every afternoon during the week. "Junior year is the most fulfilling year, and it is also the fastest improvement in ball performance, feel and skills."

The simple life of the stadium, classrooms, and dormitories is not boring in Zhang Zhaodi's view. Because of football, everyday life has a rush. "In the wind and rain, the sun is in the bottom, the stadium is waiting for you" was a saying Zhang Zhaodi often said at that time. 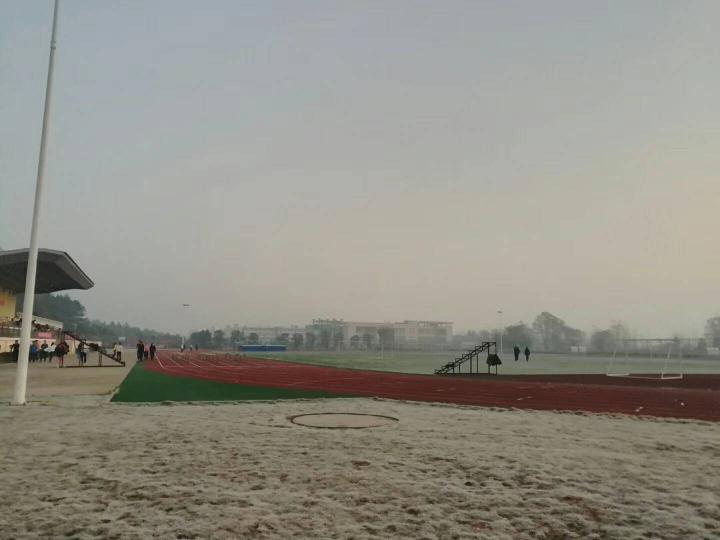 Zhang Zhaodi remembers that the happiest thing at that time was to eat a bowl of hot, fragrant noodles and eggs at the aunt of the track field after the morning training. As soon as the morning training is over at 7:30, the aunt will enthusiastically greet the students to eat noodles. After eating, I will not be late for class in the classroom and I am full of energy. That is the delicacy that Zhang Zhaodi missed the most. 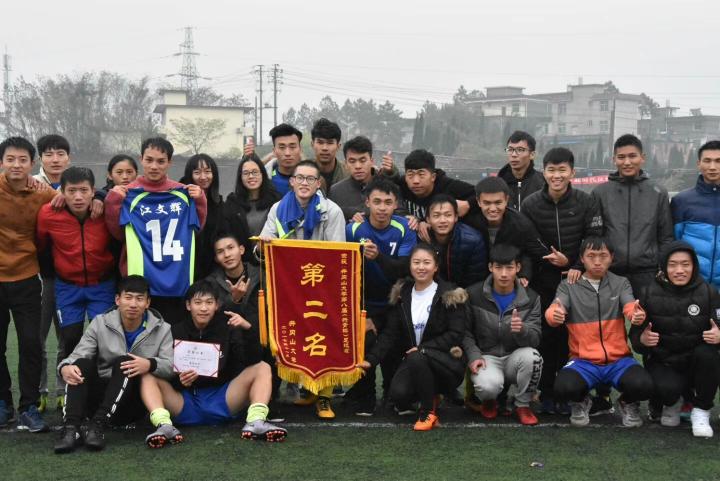 After passing the postgraduate entrance examination, Zhang Zhaodi entered the Central China Normal University to continue studying physical education. During the postgraduate period, Zhang Zhaodi applied his undergraduate studies and joined the women's football team of the Physical Education College of Central China Normal University. After a short run-in, he quickly established friendship and understanding with the sisters in the team.

In addition to the identity of the team members, Zhang Zhaodi is also an assistant coach in the team, mainly responsible for assisting the head coach to complete the training of the women's football team at the Central China Normal University Sports Institute and prepare for the major football match. During this period, the team faced both internal and external challenges of a strong opponent and short preparation time. Zhang Zhaodi needed to shoulder the pressure and meet the challenge with his teammates.

The Nanhu campus of Central China Normal University is a natural grassland. After it rains, the grassland will be extremely slippery, and will fall down if you are not careful, and be covered with mud. If it doesn't rain for a long time, the field will be dusty again, and the girls after training will inevitably be unkempt and eat a mouthful of ashes. What's more, the training time is usually at noon, when the sun is scorching and drowsy. However, in spite of this, the women's football team members of the Central China Normal University Sports Institute have no complaints, strive to overcome difficulties and actively participate in training. The captain even went into battle with injuries and set an example for the players. From the coach to the team members, Zhang Zhaodi was moved by the hard-working spirit of the team. In the end, Central China Normal University won the third place in the Hubei Division (Super Division) of the 2019-2020 National Youth Campus Football League, and Zhang Zhaodi personally won the "Excellent Athlete" certificate. This experience allowed Zhang Zhaodi to realize his dream of participating in the majors in his undergraduate course. 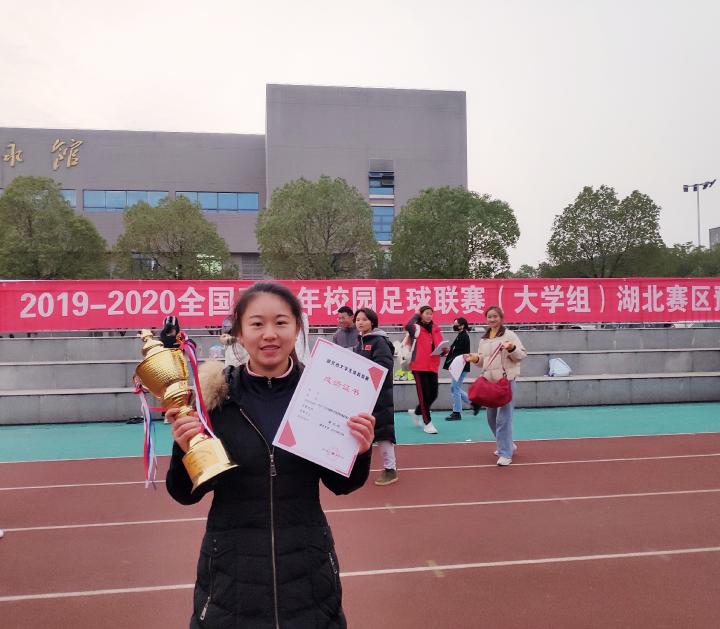 The name "Golden Shield Ruoshuang" comes from the idiom "beautiful as a peach and plum, as cold as frost", which describes a woman with gorgeous appearance and serious attitude, expressing Zhang Zhaodi and his teammates' serious attitude towards football games. Of course, there is another meaning, which is to pay tribute to the active Chinese women's football player Wang Shuang. Zhang Zhaodi and her teammates hope that not only can their skills be as solid and excellent as Wang Shuang, but they can also learn from Wang Shuang's brave and hardworking sportsmanship. 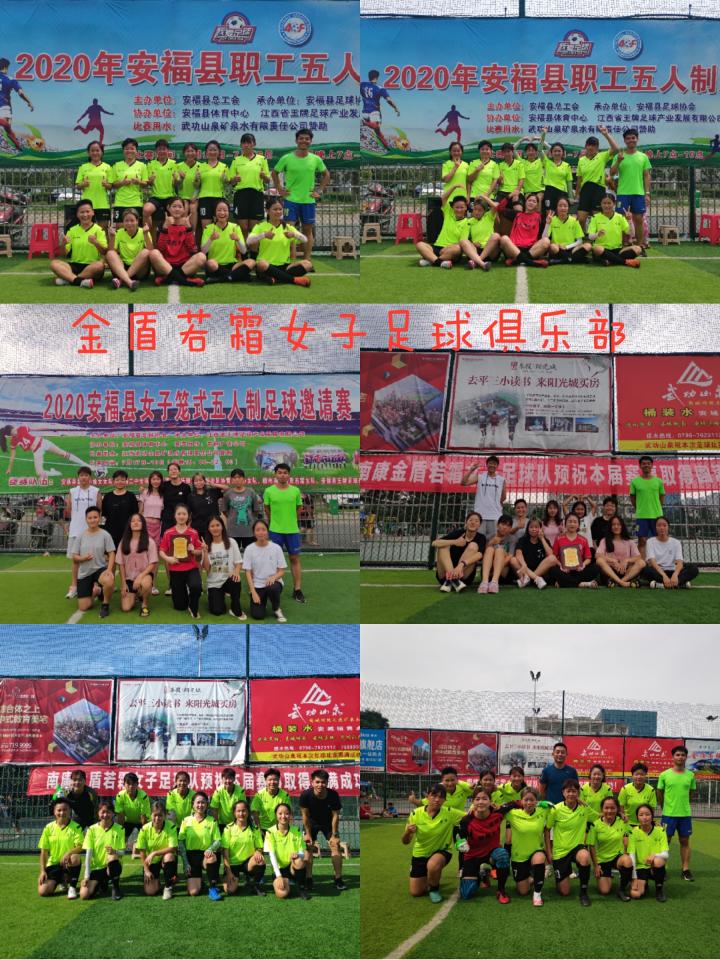 The Jindun Ruoshuang Women's Football Team won the fourth place and the "Best Organization Award" in the 2020 Anfu Women's Cage Futsal Invitational Tournament shortly after its establishment, which is a great encouragement to Zhang Zhaodi and the players. Zhang Zhaodi is grateful to Anfu County for organizing an amateur women's football invitational tournament, which provides a platform for games and friends to all girls in their hometown who love football. In the future, Zhang Zhaodi hopes that Jindun Ruoshuang can attract more people to join and achieve better results. The phrase "Football is destined" not only expresses Zhang Zhaodi's fate with football, but also expresses the fate between her and a group of friends who love football. In this team sport, Zhang Zhaodi truly felt the warmth and love from the world and the surrounding people.

Because of football, Zhang Zhaodi met Huang Jieru, his undergraduate senior sister. They became a pair of "soccer sisters" at Jinggangshan University, and they often contact to play football. Because of football, she has met many teachers, year-end friends and close friends of the same age who are engaged in football and love football. They have always been concerned and helped. After joining the Nankang Golden Shield football team, Zhang Zhaodi became the lucky star and darling of the team. This year Zhang Zhaodi’s birthday coincided with the team’s victory in the National Fitness Futsal. The whole team celebrated her and shared the "football" cake. Zhang Zhaodi said: "I don't envy Li Jianjian, the girl who plays football is so happy!" Zhang Zhaodi hopes to share the joy of football and sports to more children, so she takes advantage of her professional expertise to actively devote herself to teaching support and football coaching.

When supporting the teaching, Zhang Zhaodi brought interesting sports games and football skills to the children, and the children also gave Zhang Zhaodi great support. "Children’s innocent smiles, cute expressions, and pure love for football and sports are really healing." Children often wait on the playground and wait for the teacher before training. Those who have the ball train by themselves, and those who don’t. Squatting at the door of the equipment room and waiting for the coach to open the door. Before the game, I shook hands with my opponents to greet each other, and thanked each other after the game. The schoolbags and water cups were placed in a line, the garbage did not fall, and the rules of etiquette were all taken seriously and practiced by the children.

In the children, Zhang Zhaodi seemed to see himself who was new to football, and he was so purely passionate. 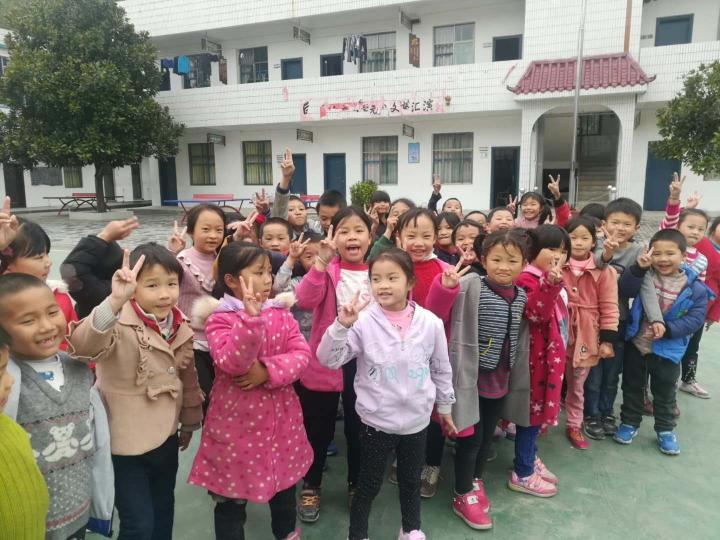 “Many times, I’m the only girl on the field, and I’m among the boys, but I don’t mind. I think I’m the same as them and enjoy football the same. It’s said that boys fall in love with football for a lifetime. I want to say So is a girl. Once in love, it is the love of life. I hope that in the next ten or twenty years, we will still ride on the green field and enjoy the joy of football. I also hope that in the future I can become an excellent teacher of the people and let more children I like football, experience the joy of football, and contribute to Chinese football." After the interview, Zhang Zhaodi recommended her certain account to me, most of which are videos of her daily football training. For the love of football, the editor has no doubt that she will last a lifetime. Fate is destined, and things are human. God gave Zhang Zhaodi a chance to learn about football. It was her own effort to continue her story with football, and it became more and more exciting.

And tens of thousands of ordinary campus football fans, like Zhang Zhaodi, have inextricable fate with football, and because football has learned the warm side of the world, they have gained a lot of friendship and care.

"This story started with a person/I seriously wrote us/This fate no one turned around".

"Football is by fate", for all you, me, him, and her who are connected by football. 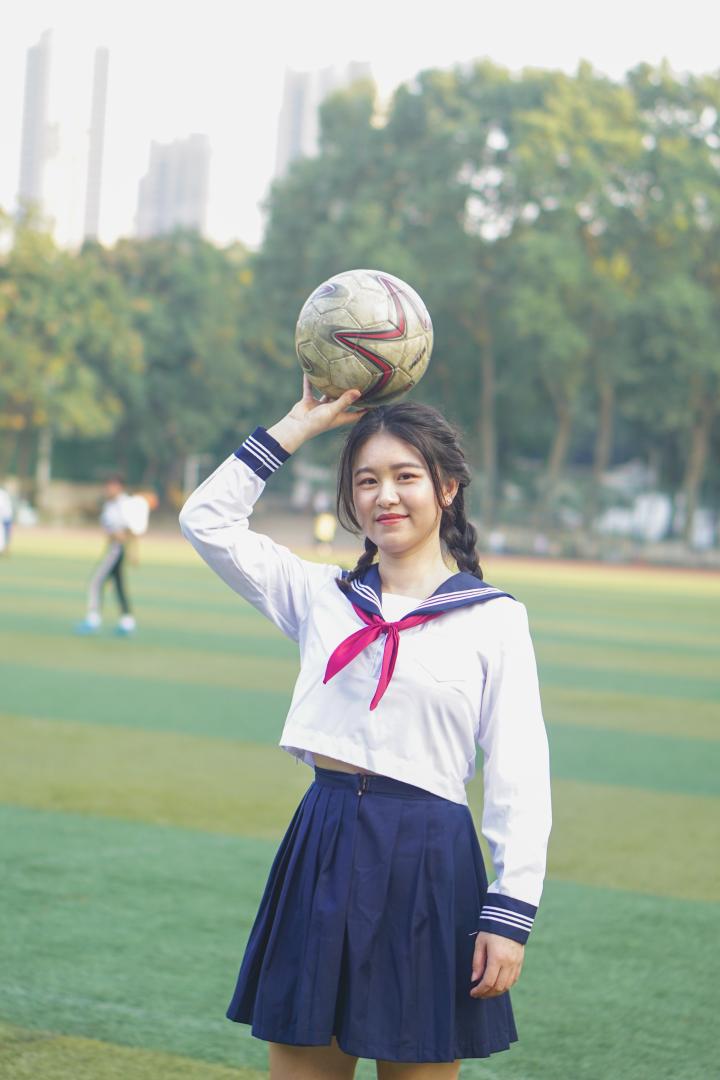 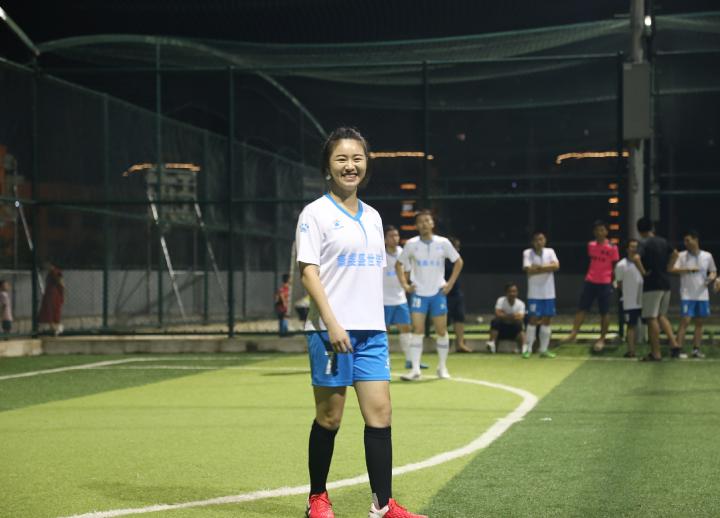