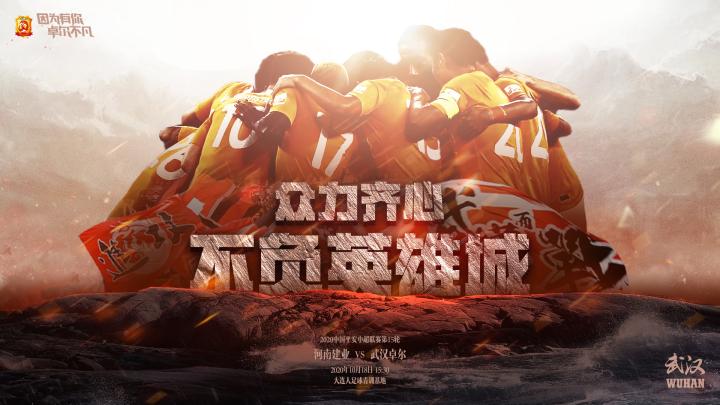 The second stage of the Chinese Super League is fiercely contested. Wuhan Zall will face Henan Jianye in the first round on October 18. "All the forces will work together to live up to the Hero City." Wuhan Zall is ready to meet new challenges.

Player Song Zhiwei said: "We have been very active in preparing for the game. After coming to the competition, the coaching staff has always emphasized that every game should be played as a final. Don't think about the second round or the second opponent, and go all out. A good first game is the most important thing. We are all ready and there is no problem."

In the first stage of the league, Wuhan Zall was plagued by injuries. How is the injury situation of the team now? Pangli said: "It is true that in the last few games of the first stage, there was a situation of staff disorder due to injuries. The players who were injured before this period are actively recovering. Our coaching staff will also based on their physical conditions. To make reasonable arrangements, I hope they can appear on the field as soon as possible and contribute to the team."